Start of brewing vinegar near Daimon-zaka in Kumano kodo.

Around the end of Edo period, there were many breweries thriving in the Mt. Nachi area. Together with friends the founder of Marusho brewery, Shohichi Kosaka, started a vinegar brewery near Daimon-zaka, the entrance to the Kumono kodo pilgrimage route. In 1879, Shoichi became independent and established Marusho brewery in Tenma, Nachi Katsuura, where the current kura is situated.

Reopening of brewery during the challenging time after the war.

Slowly coming out from the post-war chaos, the supply of the material needed to brew vinegar started to reappear in the market. With a long break from the production, the kioke was left empty which made it difficult for acetic acids to form and convert alcohol into vinegar. We found the vinegar brewery in the area who had succeeded in the formation of acetic acid and asked to share the vinegar to use as a starter. We tied many furoshiki together so we could wrap a large kioke to carry the vinegar back and forth several dozens of times until we had succeeded to see the formation of cubic shaped acetic acid in our own kioke. 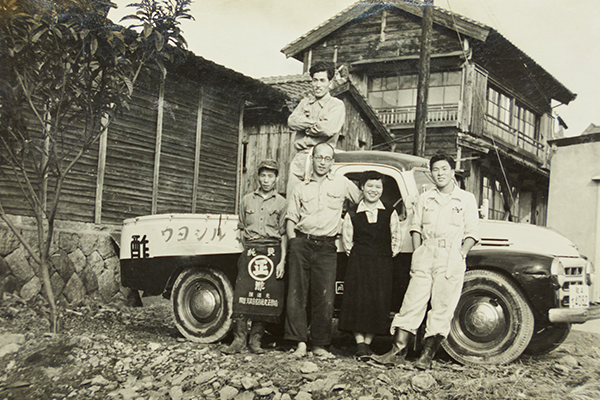 A firm resolution to treasure kioke.

After the war, we saw a plethora of technology that enabled the combination of an instant brewing method and a mass production using fermentation vessels made with fibre-reinforced plastic (FRP), enamel coating and polyethylene. 3rd generation Marusho brewer, Seiji Kosaka, met the challenge of market transformation. Knowing from the experience that a kioke provided the best environment for the acetic acid, however at least 5% would be lost through the evaporation therefore Seiji was considering to use a new tank. One evening Seiji was inspired to do some experiment to compare the quality of vinegar brewed in a polyethylene tank and a kioke. After one month, Seiji measured the difference of aroma between the vinegar in two vessels and discovered that the vinegar in kioke had a better aroma. 2 to 3 months after, Seiji discovered that the vinegar in kioke also had a better flavor and depth. This experiment helped Seiji to have made a resolution to treasure kioke for brewing traditional vinegar. Ever since, It became Marusho’s motto to treasure kioke and traditional vinegar brewing. 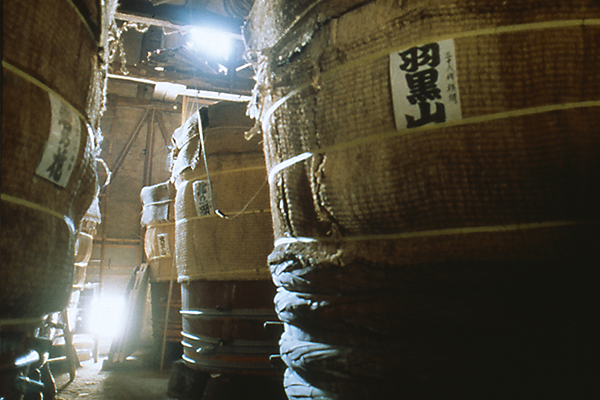 One and only vinegar.

3rd generation brewer Seiji Kosaka succeeded in the steady production of traditional vinegar. He focused on the promotion of vinegar and market development in Japan starting from the kumano region. Around 80’s onwards Marusho started to participate in the trade events organized to sell regional products across Japan. Upon receiving the request from Michio Kushi, a leading authority in the world of macrobiotics, Marusho have succeeded to develop a vegan vinegar made from unpolished rice, or genmai, which is considered as a difficult material to brew vinegar with. This is the birth of Marusho Kurokomezu, a highly praised vinegar for its exquisite quality not only in Japan but as well as in the world. Today Marusho products have been exported to many countries around the globe e.g. USA, China, Taiwan, Singapore, Australia and Europe including countries of gastronomy like France and Italy. 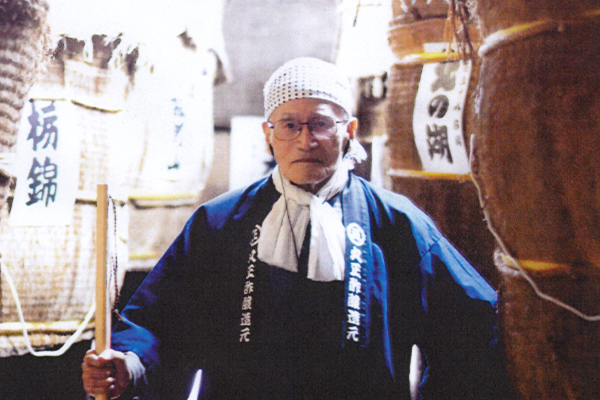